We can all agree that a DUI is a serious crime. Many people associate DUIs with the hilarious videos that appear online of people miserably failing the field sobriety tests. Trying to hold one foot six inches off the ground and falling over. However, DUIs are no laughing matter. Today we are going to take a look at the Rhode Island DUI statistics as well as the DUI statistics for the entire country. We will take a look at the trends, and who is more likely to be involved in an alcohol-related accident. The more information you have, the better you can protect yourself.

The number of DUI-related deaths has decreased every year for the past two years. While this is a good statistic, the percentage of alcohol-related deaths to total fatalities is pretty much unchanged. Out of the 52 Rhode Island car accident deaths in 2014, 18 involved alcohol. That is 34% off all car accident fatalities. Most of the decreases in fatalities are from safer cars. New technology such as collision prevention and advancements in air bags make cars safer to drive. While this means you are safer while driving, the threat of drunk driving is still real. There have been 354 deaths in alcohol-related incidents since 2002.

Rhode Island DUI statistics are in line with the rest of the country. Every 53 minutes someone dies in an accident that should never have happened. 9,967 people died in 2014. That is 31% of all traffic accident deaths. That number is staggering. Drunk driving is not only a danger to you but anyone that is in your way. Consider this fact the next time you decide that you can drive after drinking a few beers.

Who is More Likely To Drink and Drive?

DUI statistics show that younger people are much more likely to be involved in an accident while impaired. Thirty percent of all fatal crashes involving someone with a BAC higher than .08% were between the ages of 21 and 24 years old. The older a person is, the lower their risk is of drinking and driving.  Wisdom probably has something to do with the decrease in the statistical probability. Young people are more prone to make bad decisions, especially drinking and driving.

The other group that is at a higher risk of drinking and driving are motorcyclists. Almost 30% of all motorist involved in fatal accidents had a BAC of higher than .08%. With the greatest percentage of deaths coming in the 40 to 49 age group. This age group accounted for nearly 40% of the of the motorcycle DUI deaths in 2014.

States have recently released that lax DUI laws are part of the problem. Nationwide campaigns have been an effective tool in reducing the number of deaths. Increased prevention efforts include checkpoints, education, and ad campaigns. Coupled with this increase in prevention many states have made DUI laws much stricter. Upping penalties for first-time offenders, decreasing the legal BAC limit, and requiring mandatory substance abuse assessment are some of the newest tools in the fight against drinking and driving. However, no system is perfect.

Late last year Rhode Island increased the toughness of their DUI laws. Before the new laws took effect, Rhode Island had the 34 strictest DUI laws in the nation. Lawmakers introduced new and harsher penalties for drinking and driving. They also introduced legislature that allows for a hardship license. One of the biggest knocks on Rhode Island was a lack of prevention. They have since increased their prevention campaign. During the holiday season, you couldn’t drive on any major highway in Rhode Island without seeing a billboard about drinking and driving. The hope is that these new policies will combine to help reduce the DUI statistics in Rhode Island

The Need For an Attorney

At one time a DUI was a slap on the wrist. However, stricter DUI laws and penalties mean that suspected offenders need counsel now, more than ever. The only way to avoid the harsh penalties when you are falsely accused of a DUI is by fighting it in court. You are going to need an attorney for this. If you have been charged with a DUI, the first thing you should do is hire an attorney. Find a Rhode Island DUI attorney with experience that will offer you a free consultation and help you determine the best course of action. Call the RI DUI Guy, Chad Bank, Esq. At 401-200-6633 for a free consultation and to discuss your options.

Drinking Alcohol in the Winter: The History and Misconceptions Gallery

Drinking Alcohol in the Winter: The History and Misconceptions

Rhode Island is Cracking Down on BUIs Gallery

Rhode Island is Cracking Down on BUIs 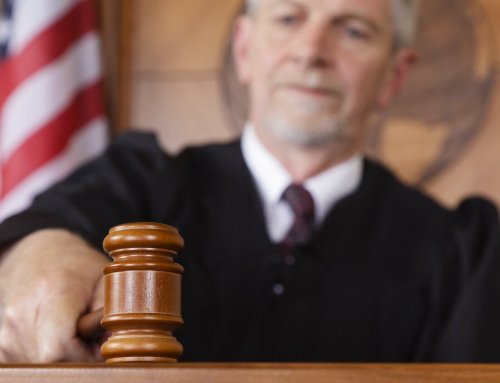 Fighting a DUI in Rhode Island: How Can an Attorney Help? Gallery

Fighting a DUI in Rhode Island: How Can an Attorney Help?